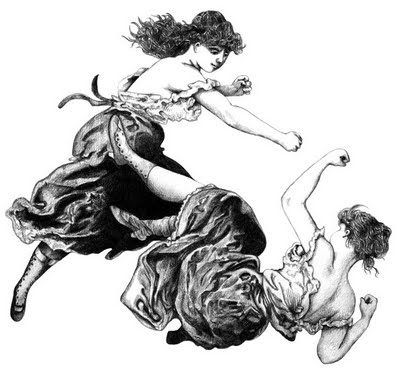 Michael Watson who is a brain-damaged former boxer will be opening up the Paralympics procession by carrying the flame.  The now 47-year-old once spent forty days in a coma after being paralysed in a middleweight bout with Chris Eubank in September of 1991.   Only 26 when the tragedy occurred, it took Watson six years to learn to walk again.  Watson reported to the Mirror that he was over the moon and “very, very proud to be selected.”  Mr Watson is also an ambassador for youth human rights.

We salute the tenacity, faith and courage of Michael Watson, and at the same time we have our reservations about the pugilistic arts and their impact on society– raising the same questions  that many already have on this war-like planet; how can humankind  truly advance when we still enjoy watching people nearly kill each other for sport?  Tis an old conundrum that most feminists find as passé as who should be holding open the door or picking up the cheque.

Women’s boxing prominent for the first time in this most recent Olympics year is often touted as a feminist triumph.  For a lot of people of African descent it was Laila Ali, the beautiful legacy heiress, daughter of the “The Greatest” boxer of all time, Muhammad Ali, that sealed our allegiance to a woman’s right to beat another woman’s brains out in a public space, particularly if glamour, notoriety and what seems always preeminent in the minds of the Black oppressed, class notwithstanding – the much sought after visibility accompanied.

Detractors of this gendered violence often react to negative imaging of Black girls and women, as they involve the typing of Black women as unattractive and non-feminine.  Therefore, do we really need to see any more muscularly built cornrowed sistah’s in rings around the globe acting out rituals more associated with masculinity? This argument is no more convincing, as purely reactive stances to how women of all races and cultures are biased skirts the matrix of ideological feminism and one of its fundamental tenets, peaceful existence.  There’s a major difference between self defence skills as a necessity for all vulnerable women, and inflicting bodily harm for profit which is quite literally a mercenary paradigm.  Feminism is not just about women doing what they want when they want to – not just about identity but rather collective equitableness, an ethical quality of life for all.  And this idea of course does not hinge on female pugilists, even though women’s boxing is emblematic of the violence for profit philosophy that ensures the success and money making security of the controlling powers. Women’s boxing is only triumphant if women’s rank and participation in wars of imperialism is a triumph. The work of progressive and radicalised feminists must continue to piece together the connecting threads of all oppression – not simply respond to existing institutions that are corrupt in design and structure

“Boxing, like other sports, draws heavily for participation upon the most disadvantaged groups of society.  Poor and racialized youth, with few opportunities for economic and social advancement in an American society that relies upon their insecure socio-economic position for cheap labour…The intense brutality of the sport is much less of an inhibition for those who face such conditions in their everyday lives.”Nathan Kalman-Lamb.

When I think of the palpably heartfelt appeals for a loving sisterhood by Audre Lorde, the fiercely passionate substance of her life’s work – it deeply saddens me to see my sisters hitting and assaulting one another.  With all the brutality and violence pandemic in every breath of living endured by Black women, our buy-in into violence, intra-racial and otherwise against our sister humans; impoverished, marginalised and looking for a financial way out is hazardous to the integrity of our struggle. There are many lines to be drawn in the sand, many battles that call for our indefatigable warrior woman spirits, but we are not I repeat not, each other’s enemy.