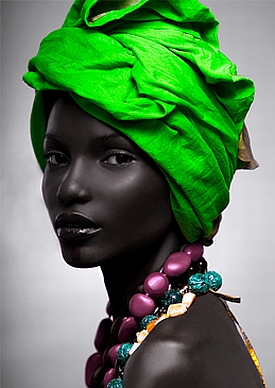 When I was still going by my birth-name Charlee Martin, I interviewed a psychologist by the name of Tim Kasser on women’s self-esteem.  Why?  Because as a feminist philosopher, the input of a psychologist and active researcher investigating the detriments of our society’s obsessive and unhealthy reliance on consumer goods enables understanding into the theories underscoring my own research into feminist philosophies.  Tim does some excellent research (which you can find at the end of this article) on Extrinsic vs Intrinsic Goals. 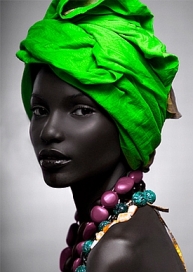 Aside from my own sense of self-development, I was spurred to write this article primarily because it’s simply astonishing the products that are continually aimed at and sold to women.  Most make-up has been clinically proven to be toxic – in addition to a lot of non-lye relaxers, hair-dye, chemical lighteners and and even the heels we buy as women.  Now, I will admit, I love dark eyes and wouldn’t mind being seen in Central London in 3-inch heels.

But in thinking about Femficatio (the definition), even with the known health risks of physical beautification, many women willingly and engagingly possess a sense of colour, sensuality, and outright pageantry that is core component of self.  The clothing delineations between the sexes could be seen in the most basic of agrarian cultures, and women have participated in unhealthy beautification practices prior to media propaganda.

Yet if we are to be honest and not play devil’s advocate, we would all notice that what we’ve been seeing today, primarily in Western Cultures and cultures affected by western standards doesn’t seem to remind us of that innate feminine vanity anymore. Seems more like women are going further into the realm of devaluing their racial identities and individual interpretations of femininity in favour of a monolithic “standard image” propagated in TV, movies, radio and on billboards…

In order to elaborate in a bit more depth, I thought it would be prudent to investigate – from a psychological standpoint – the source of our exact reliance on “things” – baubles, trinkets, and expensive environment destroying products – to see if we can come to some form of sustainability in beauty.  (This interview and others can be found in the Coal Publication “Sustainable Beauty: Beauty Doesn’t Destroy” coming out next month, in November 2012).

I met up with Tim via the beauty of the world wide web – and we discussed some things.

Malkia Charlee NoCry:  To me, women’s reliance on things – hope this doesn’t sound overly judgmental – stems from chronic low self esteem.  And chronic low-self esteem causes women to destroy their skin with unhealthy cosmetics when there are healthful alternatives.  Chronic low self-esteem creates an unhealthy reliance on labels and other false bobbles to feel valuable.  Even when in a relationship, chronic-low self esteem would cause a woman to engage with predators or people who diminish self-worth.  Women find themselves feeding on a junk food intellectual diet – reality tv, tabloid magazines and model culture so that one can “know what to do” to be feminine – not trusting in their instincts regarding style and femininity.  And I dub these as the major symptoms of chronic low self esteem.

So, to start off, would you say that the symptoms of chronic low self-esteem I have described are accurate?  Anything else to add?

Tim Kasser: I think that your characterization is apt, but I might call what you describe “contingent self-esteem.”  That is, psychologists tend to distinguish between having a healthy, deep self-esteem that is based on a real sense of satisfaction with one’s self and a belief that one is competent at key aspects of life vs a more “contingent” self-esteem that depends upon receiving from others feedback which suggests that one is beautiful or successful or of high status, etc.  What I think these women probably believe is that the way to feel good about themselves is by getting these baubles and having people tell them they are beautiful and believing that they need to have these cosmetics, etc.  Probably when they get those things, they feel momentarily good about themselves, i.e., their self-esteem is indeed temporarily raised.  But such pursuits are empty of real meaning, for they don’t truly satisfy the deep psychological needs we all have, and soon the person finds herself having to do it all again, or to do even more of it than last time.  Jennifer Crocker has written about this a fair bit, discussing various types of contingent self-esteem.  I think you can see how this all fits in with the extrinsic goals that I’ve been studying as well – the person is focused on aims in life that are very dependent on external rewards and praise.

MCN:  How would you say that media images (commercials, reality tv shows and tabloid magazines) impact on women, especially women 18-45?  I know this is broad, but if you were to list a few major psychological detriments to overly following these messages received via these mediums and the kinds of psychosis it would creates in women, what would it be?

That said, we know that the ingestion of media images is associated with a stronger consumer orientation and placing a higher priority on the extrinsic goals of financial success, popularity, and image.  Such a value orientation, in turn, is associated with lower levels of personal well-being (e.g., higher depression, anxiety and substance use, lower life satisfaction, happiness and vitality), with lower-quality interpersonal relationships (i.e., shorter, less satisfying, and more conflictual relationships), and with worse ecological behavior (i.e., caring less about the environment).

Further, recent research shows some interesting short-term effects of activating such values. Because values are organized in systems, activating one value (like image) will lead to the activation of consistent values (like money and popularity) and the suppression of competing values (which, in this case, the research suggests are values like caring about others and feeling self-accepting).

Said differently, values act like a see-saw; as certain values go up in importance, others go down in importance.  So when a person sees these kinds of ads, not only does she have her motivations to care about image stimulated, but healthier motivations such as having accepting relationships and accepting one’s self tend to be diminished.

MCN:  Extremely insightful.  And as a psychologist, you know that there are many factors that impact on a woman’s self-worth, not just media influences.  The American Rape, Abuse and Incest National Network (RAINN) says that 12% of girls in secondary school (grades 9-12) have been sexually abused, and that’s considered under-reported.  In the UK, the National Society for the Prevention of Cruelty to Children (NSPCC) says that nearly a quarter of young adults experience sexual abuse in childhood.

We know now that victims of sexual abuse or assault are 13 times more likely to abuse alcohol and 26 times more likely to abuse drugs.  My question to you is, does a woman who has already experienced an assault to self-worth tend to be more reliant on material things and consumerism?  And if so, would it be more difficult for a woman like that to break their emotional dependence?

TK: I am unaware of any data that has looked specifically at that question.  However, we do know from other kinds of research that threatening experiences which make people feel psychologically insecure typically lead them to increase their focus on extrinsic values such as money, image and status.  This has been shown for both general life experiences (i.e., cold parenting, parental divorce, growing up poor) as well as in experimental lab manipulations (i.e., thinking about your own death or about things that make you feel uncertain, etc.).

Given that research literature, and given that rape and sexual abuse are clearly threatening experiences that make people feel psychologically insecure, I would be confident predicting that women who have had such experiences would probably increase the priority they place on extrinsic values compared to a control group of women.

MCN:  You do a lot of work around extrinsic (materialistic) and intrinsic (higher) goals.  How can women, desiring of romantic relationships, who are career focused and feminine, balance her extrinsic and intrinsic goals, as she may feel that she needs to be popular, for example, to manage a male dominated world, or have a partner, and that may overshadow her higher aspirations?

TK:  First, I’ve never equated intrinsic with “higher” goals.  Other people have put that label on, but I am not comfortable with such an adjective.

I would say that balancing intrinsic and extrinsic values is an on-going struggle for many people.  And consumer culture does a great deal to suggest that women do have to focus on their image and popularity if they are ever going to be loved – that’s how many companies make a profit!

The thing I often say, from a male perspective, is that if the only reason you are confident she loves you is because you gave her a diamond ring, the relationship is in trouble buddy.  And I’d say the same principle obtains for women as well – if the only reason you are confident he loves you is because he likes your hair and thinks you look great with your make-up all done and when you are wearing a bikini, the relationship is in trouble lady.  I think women (and men) know this deep down, but it is hard to hold onto that in the face of so many messages to the contrary.

My suggestion is to stop exposing yourself to the messages that tell you love and success depends on the extrinsic stuff – cancel your subscriptions to those magazines, stop hanging out with friends who tell you that, and stop dating guys who treat you in such an objectifying manner. By avoiding those messages, the extrinsic part of your value system will no longer be activated and encouraged so often, and it will be easier to focus on the intrinsic values.

MCN:  And finally, what is one major thing women can do or change – and perhaps maybe all people, men and women – to free themselves from the bounds of materialistic values?

TK: See my final answer to the previous question.  Stop exposing yourself to people and images that encourage extrinsic values; instead, start thinking about more direct and satisfying ways to get what you really want via the pursuit of intrinsic values.

TK: Same to you

Dr Tim Kasser is an American psychologist, researcher and author best known for his book The High Price of Materialism. Currently, Dr Kasser is professor of Psychology at Knox College in Galesburg, Illinois, USA where he specialises in materialism and wellbeing.

Below, a short animated video on consumer culture.  And click here for a link to Tim’s Aspiration Index.