Femficātiō is counting down the Top 101 Feminist films all women (and men) must see. In our view, these films best reflect the landscape of women’s identity, experience and place in the world today.

We will be giving you 10 a day every day until we reach number one!

61. Raise the Red Lantern, 1991
Drama, Directed by Zhang Yimou and Written by Zhen Ni, adapted from the novel Wives and Concubines by Su Tong
Mandarin with English subtitles

A fretful and tragic movie, set in 1920s China during the warlord era and adapted from the 1990 novel by Su Tong entitled “Wives and Concubines”. 19-year-old Sònglián, played by Gong Li, is forced to marry into the Chen family and abandon her studies after her father dies. She is then the fourth wife of Chen, one of three women to sleep with the 50-year-old Lord. His first wife is but a living ghost, as Chen no longer seeks affection and often mistreats the woman that is his same age.

Within the home, there is a brutal power struggle between Sònglián and the second and third wives – as daily food and good treatment depend on being the woman Chen desires to sleep with for that night.

A deeply metaphorical and visually rapturous film, it transcends time and place, to illustrate the brutality of competition between women.

This BAFTA award winning film, which saw Ellen Burstyn win an Oscar and BAFTA for Best Actress is one of Femficatio’s favourites. The story of a new widow, happy her husband is gone, taking to the road with her wise-cracking son to pursue a singing career shows the strength of single mothers everywhere – not to mention that it’s never too late for a woman to realise herself. She has her ups and downs along the way (especially in the form of dangerous men) but that doesn’t dissuade her. She works hard, takes opportunities and takes care of her boy. And through her son she discovers more about herself and her dreams. There is the Hollywood ending, but it keeps to the feminist timbre of everything on Alice’s terms. A good film, great for a rainy day indoors munching Popcorn. 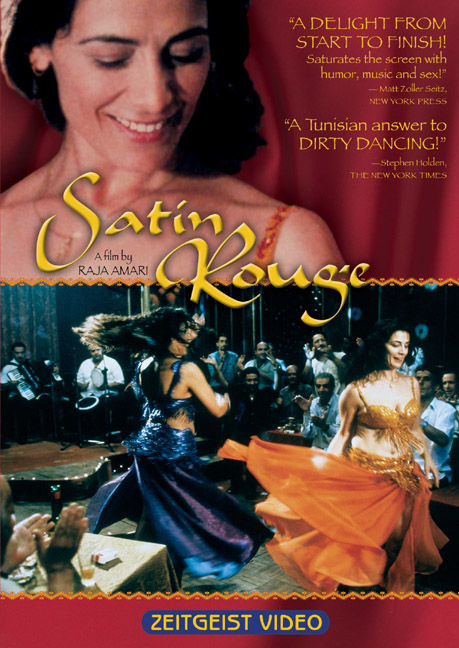 A very fun and happy feminist film with beautiful dancing and music. When Lillia’s (played by award winning Palestinian actress Hiam Abbass) husband dies, she becomes super mom to her teenage daughter Salma (played by Hend El Fahem). As the mother of a teenage daughter she is found searching in the night for Salma. But this night, she finds a belly dancing club, and becomes enthralled. She gets a job as one of the dancers, and discovers a hidden talent and new-found sensuality in herself. One of the musicians there notices it too, and she and the younger man begin an affair. While Lillia is saving money, being a good mother and enjoying a musical double-life, she discovers where Salma has been disappearing to late at night – to go on respectable dates with the musician! What an awkward love triangle. Well, since Lillia didn’t know who he was, the musician didn’t know who she was – and Salma surely didn’t know her boyfriend had been dating her mother – Lillia approves of the wedding of Salma and the musician, in effect cutting off the affair, like a true feminist. Hey, he was just a bit of fun anyway.

This look into WWII from the eyes of a single mother with her daughter starring Sophia Loren is a classic film that everyone should see. Cesira (Loren), a widowed Roman shopkeeper, and

Rosetta (Eleonora Brown), her twelve-year-old daughter seek escape from Allied bombing in Rome by fleeing to Cesira’s native rural and mountainous province of central Italy. Not long after they arrive, Cesira begins a friendship with a young intellectual with communist sympathies named Michele (Jean-Paul Belmondo). Due to a tragedy relating to Michele, the mother and daughter decide to go back to Rome, only to be gang-raped by soldiers. A poignant film dealing with the human consequence of war, a woman’s search for safety and the complexities within mother-daughter relationships.

(Adapted from the novel by Kristin Marja Baldursdóttir) 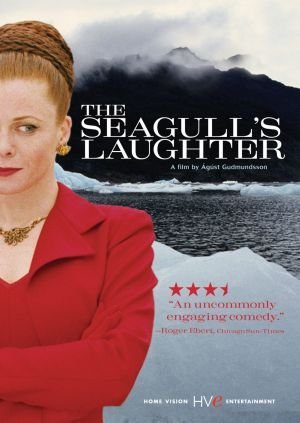 It’s not surprising that Iceland with the world’s first openly lesbian feminist and social democratic Prime Minister, would make a delightful feminist film that should be included in any Top 100 feminist film list.

Seagull’s laughter is a great movie, very funny and even surreal at times (which we at Femficatio love).

Its 1950s provincial Iceland, and Freyja returns to her home town after living in America. Almost a different person has reappeared on the scene, as she went from plump teenager to an utter bombshell and the town just doesn’t know what to do. Single, her first objective is to find a husband, but that’s proving a difficult task with the lack of eligible bachelors. The story of a woman’s return to a rural town shaking up the social order isn’t anything new, but the full-bodied characters, the interesting discourses around feminism and socialism, and the empowered teen narrator all make this a must see film.

The story of Sherry (Maggie Gyllenhaal) reconnecting with her young daughter after 3 years incarcerated is a poignant tale of the realities of women within the criminal justice system. Sherry sexually abused as a child by her upper middle class father is an ex-heroine addict and parolee who has to try to establish a relationship with her daughter after the 3 years her daughter has been living with her brother and sister-in-law.

A important film that illustrates the barriers women face in re-entry post incarceration.

Two women, German tourist Jasmin Münchgstettner (portrayed by Marianne Sägebrecht) Brenda (portrayed by CCH Pounder), at the end or near end of negative relationships with their husbands. Jasmin, foreign with nowhere to go takes a room at the adjacent motel and begins a friendship with Brenda who hires her to work at the cafe.

The cafe is a diverse mix of colourful and eccentric customers that all in their way help Jasmin come out of her shell.

Another film about the difficulties in re-entering life after serving prison time, Spitfire Grill centers around Percy (played by Alison Elliott) and Hannah (played by Ellen Burstyn) who hires her at the restaurant. Because she’s new to her adopted community in a small town Maine, people are curious about her past, and she isn’t anxious to tell.

This film at its core deals with prejudice, the plight of Vietnam Veterans and how women recover after tragedy and imprisonment. 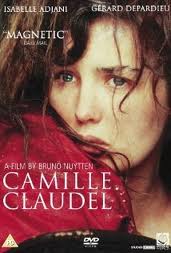 The film recounts the troubled life of French sculptor Camille Claudel and her long relationship with legendary sculptor Auguste Rodin. Beginning in the 1880s with a young Claudel’s first meeting with Rodin, the film traces the development of their intense romantic bond. The growth of this relationship coincides with the rise of Claudel’s career, helping her overcome prejudices against female artists. However, their romance soon sours due to the increasing pressures of Rodin’s fame and his love for another woman. These difficulties combine with her increasing doubts about the value of her work which drives Claudel into an emotional tumult that threatens to become insanity.

This forgotten picture in 70s American feminism, schizophrenic and impassioned lesbian Valerie Solanas wrote the Feminist Manifesto. She then became fixated on Andy Warhol’s exploitation of the gay and trans movement and devised a plot to kill him.  She of course  was unsuccessful.

This film is a brilliant and striking insight into what patriarchy can do to the sanity of a woman, and how exploitation of the LGBT community was common in so-called progressive arts circles in New York. A beautifully directed film and interesting take on the events that led up to Andy Warhol being shot.