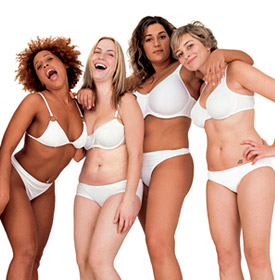 There are many thoughtful, intellectual and breezy discourses surrounding Black women and issues of weight.  And while one might make an argument for Alice Randall’s New York Times article Black Women and Fat being the latter; it’s doubtful that anyone could accuse her rambling thesis of being thoughtful.   Rather it is more of the same culturally monolithic, and statistically misleading diatribe that speaks to an overall lack of regard for its precious subject; the Black woman.  Alice Randall is an overweight Black woman herself, which may distract the reader from the racist and sexist content of the article, especially when she begins with a quote from much beloved Black feminist poet, Lucille Clifton and her poem Homage to my Hips “These hips are big hips” begins Ms Clifton.  Randall uses this poem to justify the crux of her argument “Many black women are fat because we want to be.”  Of course gifted and precise poet, knower and culture surveyor of the Black womanist canvass that she is, Ms Clifton was not speaking merely of fatness or obesity.  As an artist deeply rooted in the Black Aesthetic her poem – while certainly not meant to negate the fat woman, as Ms Clifton was a larger woman herself – is a celebration of buxom Africanity and a metaphor for Black femella liberation.

Along the same vein, Randall offers the lyrics of 70’s pop/rhythm and blues singer Joe Tex, as he asks “who will take the woman with the skinny legs” in his recording “Skinny Legs and All” – this misogynistic statement intrigues and “haunts” Randall as further evidence of a Black community that not only accepts, but exalts the fat Black woman.   Those of us privy to the cultural subtext of said community know all too well that the assumption is not that the woman is skinny herself, but that her legs are skinny and that fat women who are often the subject of ridicule in our community can have “skinny legs.”  Icons like Chaka Kahn and currently Beyoncé Knowles speak to a preference among Black people for what used to be called a ‘good child bearing body’ – meaning, robust hips, large shapely legs, and large buttocks; but generally a small waist and flat stomach.  The assertion that Black women do not have to contend with seemingly unattainable feminine archetypes and are free to gain as much weight as they like without fear of ridicule or rejection simply is not true.   It should also be mentioned here that the one and the same Joe Tex entered as witness for fat female acceptance by Randall, was the artist behind the rape anthem of the 1970’s “I Gotchca”:

“You made me a promise
And you’re gonna stick to it
You shouldn’t have promised
If you weren’t gonna do it
You saw me and ran in another direction
I’ll teach you to play with my affection .”  Joe Tex

Randall’s conjecture that it’s a bowl of cherries to be a fat black woman in America, even in our own communities is just that.  And for as many friends and lawyer husbands she trots out that are into fat women and would shudder to think of them shedding any of their marvellous poundage, I can trot out just as many lonely sisters, waiting by phones, afraid to wear bathing suits, and living a life of total alienation from romantic love.

From a statistical standpoint, I find Randall utterly confusing, as I do most of the reports that tell us how many billions are being spent on obesity.   Correct me if I’m wrong; there is no National Health Service or any other socialised healthcare in America right?  So… that means either, the people themselves are footing the bill or more often than not, most of these poor, dark, fat women Randall is speaking of do not have access to healthcare at all.  Not to mention the price of all those fresh fruits and vegetables that Randall is eating are extremely costly in the current economic crisis.  In the USA,  the dollar menu at the local fast food joint is a whole lot cheaper than the posh Greek yoghurt with the six almonds that Randall is nibbling on her new diet.  Almonds, hmmm… bet you have to sell a kidney to afford them right now.

What’s not so funny is Randall’s complicity with racist biologist Daniel Lieberman’s classist assertion at a lecture at Harvard University “that exercise for everyone should be mandated by law”.  Randall states “the audience applauded”.  A room full of thin affluent people applauding the idea of forcing fatties, many of whom are dark, poor and exhausted, to exercise appalls me. Government mandated exercise is a vicious concept. But I get where Mr Lieberman is coming from. The cost of too many people getting too fat is too high”.

Again, Randall slyly commiserates while getting on board with not only classist assertions that fat people are simply not exercising, and negating the fact that they are the victims of poor diets due to poverty, poor education, overwhelming stress and lack of access to health care.  She is also regurgitating the right-wing line that people who are not getting health care could actually be costing money!

Unfortunately still, outside of its context; Andrea Elizabeth Shaw’s book “The Embodiment of Disobedience: Fat Black Women’s Unruly Political Bodies”  invites more racial insensitivity inasmuch as Randall has chosen to emphasize Shaw’s postulation about the fatness of the Black woman’s body being a site of resistance in opposition to the “fit black slave.”  In an article where Randall does not even bother to allude to health inequities when it comes to poor Black women, but rather complain about the cost to the State – the idea of a “fit slave” in the atmosphere of ill health, torture and barbarity that the institution of slavery was – is a reference that is both self-hating and cruel.

Randall’s personal narrative of teaching Zumba and yoga classes, etc., is not surprising in a climate of defining Black people as the problem and capitalizing off them.  There is no doubt in my mind that there are more middle class women like Randall who could just use a good run around the block.  Yet I wish she’d stop running Black women around as a means to her end.  Historically, we have known enough enmity when it comes to those who vilify our bodies.

Kamaria Muntu recently published a collection of political poetry entitled “This Peace of Place”.  Check it out at the eKindle store.

3 thoughts on “Black, Beautiful and Tired”